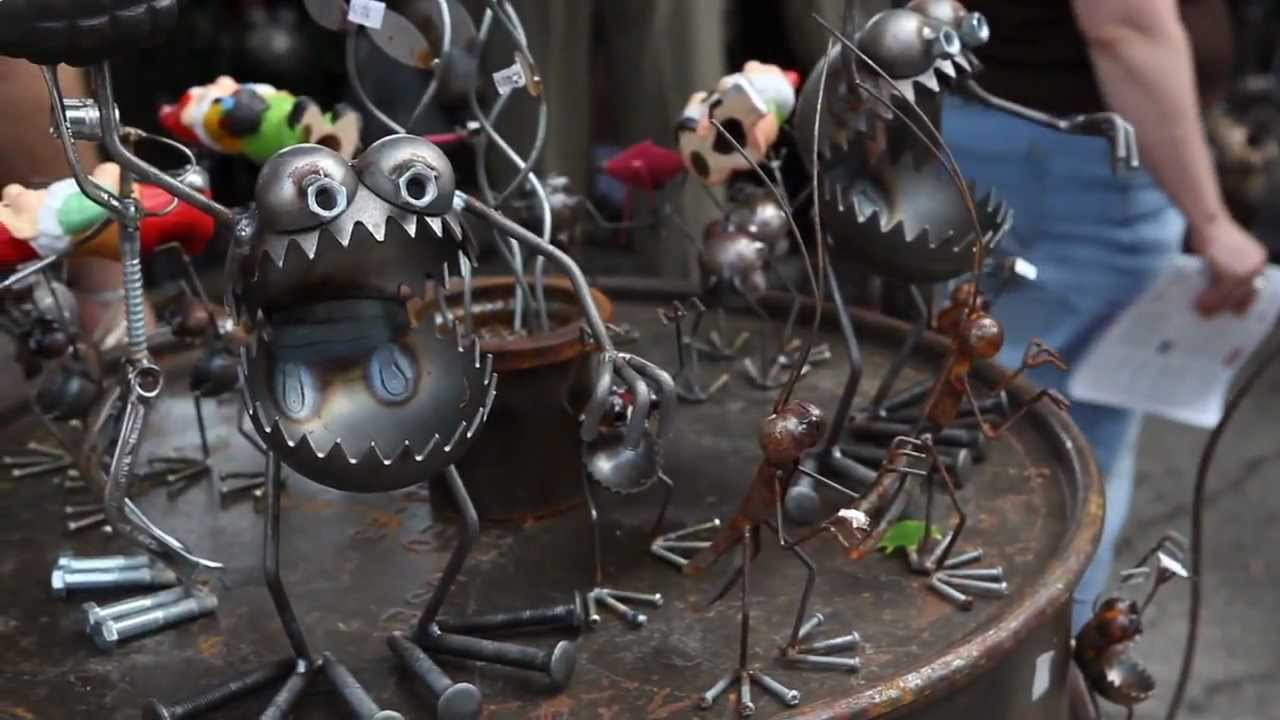 The annual Fiesta San Antonio is held to honor the heroes of the Alamo and the Battle of San Jacinto, as well as the many cultures making their home in San Antonio. It lasts for 10 days and is a city-wide, fun-filled, multi-cultural, family-oriented celebration. With over 150 different events, even a parade on the river, it’s the biggest party in Texas.

At the beginning of January, we drain the San Antonio River and have a Mud Festival.

On January 8, join us at the Alamodome for the US Army All-American Bowl!

If you are here on the last Friday of January, you can go to our free and delicious Cowboy Breakfast, kicking off our February rodeo activities.

February is Rodeo San Antonio month and for three weeks, the rodeo and all of the country and other types of musical stars and comedians that it brings are at the AT&T; Center.

Rodeo dates are February 3-20. There are so many things to do in San Antonio during and at the rodeo, from the stock show, displays, the actual rodeo shows each day, and the concerts and comedy acts each night, not to mention the delicious food, you will have a blast.

Talk about great things to do in San Antonio! Some folks go to the rodeo almost every day in February! That would drain my budget.

We remember the Alamo each March. The fall of the Alamo happened on March 6, 1836, so the Saturday and Sunday nearest to this date is used for this event. The dates are March 5 and 6. Dawn at the Alamo is on March 6 at dawn.

Also in March, we dye the San Antonio River green.

There are many things to do in San Antonio all spring and summer long.

Our two major attraction theme parks, SeaWorld Of San Antonio and our own Six Flags park, Fiesta Texas, both open in March in time for Spring Break.

On Good Friday, the day Jesus died on the cross for our sins, San Fernando Cathedral holds a Passion Play. This play is open to everyone. You do not have to be Catholic to watch and remember the wonderful sacrifice that Jesus Christ made about 2,000 years ago for all of us. One of the oldest continuously performed plays in the U.S., the Passion Play, re-enacts the crucifixion of Christ in a free outdoor presentation in front of the Cathedral San Fernando, the oldest Catholic Cathedral in the U.S. The play has been staged for more than 250 years every Good Friday during Lent.

On Easter Sunday morning, there are sunrise services throughout the city.

Fiesta is an 11-day citywide party each April with a lot of delicious foods, music, entertainment, and three different parades. “Fiesta,” a 10-day extravaganza is held citywide each April to honor the memory of the heroes of the Alamo and San Jacinto and includes the Battle of Flowers Parade. The Texas Cavaliers River Parade literally floats down the San Antonio River during “Fiesta.”

Also in April, the Poteet Strawberry Festival is held, with a carnival, tons of food, including all sorts of delicious strawberry desserts, live entertainment, and strawberries for sale. Poteet is not far from San Antonio. This is great family fun for everyone. It is from April 1-3.

A Cinco de Mayo celebration is held on May 5th in Market Square downtown to celebrate the Mexican Army defeating the French on May 5, 1861. San Antonians love to party, and will at the drop of a sombrero. “Celebrate San Antonio” is the city’s New Year’s Eve party held on South Alamo Street next to the HemisFair Park and culminates with a spectacular fireworks show from the top of the Tower of the Americas. Cinco de Mayo, the annual commemoration of Mexico’s independence from France, is held in El Mercado.

Then there is the Tejano Conjunto Festival held in early May to celebrate the combining of the Mexican guitar with the German accordion to produce Conjunto music. Food plays a big factor in this celebration as well as the beautiful music.

Every May, the small town of Helotes, right outside of San Antonio, holds Cornyval to celebrate the old corn growing by Native Americans. Now there is not much corn grown here, but there is a rodeo, lots of food, entertainment, and arts and crafts.

If you love golf, the PGA Texas Open is held every May at The Resort Course at La Cantera Golf Club.

The city pools all open at the end of May for the public to use, free of charge.

For the summer months, the public libraries all have summer reading programs going on for children and teenagers. This includes storytimes, movies, arts and crafts, all free to the public. This means there are many free things to do in San Antonio for kids.

Each June, we have the Texas Folklife Festival downtown at the Institute Of Texas Cultures. This festival celebrates the rich, cultural heritage of the state of Texas with music, dancing, arts and crafts, and food. It is from June 10-12.

Juneteenth is on June 19 and celebrates freedom from slavery when slaves in Texas heard the Emancipation Proclamation on June 19, 1865. There are picnics, festivals, and a fair for this celebration.

For the fourth of July, there are celebrations at several places in town including fireworks on military bases, at SeaWorld, at Fiesta Texas, and close to downtown at Woodlawn Lake Park, which is the official city of San Antonio celebration. Some events are free.

In August, we are thinking about back to school and that means shopping for back-to-school clothes during our tax-free weekend. Spend $100 or less and you get all of the clothes and shoes for your kids (not to mention for yourself) without paying sales tax. This holiday (and believe me, it is a holiday here) extends from Friday through Sunday for one weekend during August. This year it is set for August 21 through August 23.

There are a lot of great things to do in San Antonio in the fall. The weather is a bit milder than during the hot summer, making the events more enjoyable.

The 16th of September is a holiday as it marks Mexico’s independence from Spain. Diez y Seis is celebrated for several days leading up to the big event on September 16. There is a parade, lots of food, music and other events. It is from September 11 through the 13, and on September 16.

On September 18 and 19 we have Jazz’SAlive. Yes, a huge jazz festival for jazz lovers at Travis Park. This is free to the public.

October starts out with Oktoberfest. There is a suggested $5 donation at the gate to get in and see and hear the sights and sounds of Germany. If you would like to taste the foods and drinks of Germany, bring extra money as that is not included!

In October, we have our annual International Accordion Festival.

Each Fall, sometimes in October and other times in November like this year, the military puts on a wonderful weekend of airshows. You can see the famous Blue Angels or the Thunderbirds and many others perform up in the wild blue yonder at Lackland Air Force Base. The Air Show is on November 6 and 7.

If you appreciate art, you can see Landscapes from the Age of Impressionism at the McNay Art Museum from October 06 through January 16.

If you enjoy golf, things to do in San Antonio in October include the PGA Champions Tour for the AT&T; Championship on October 29-31 at the Oak Hills Country Club.

If you love German food and Oktoberfest was not enough, from October 27-November 8 Wurstfest takes place in New Braunfels at Landa Park with tons of delicious German foods served up for thousands of locals and visitors.

Don’t forget Halloween on October 31. For a few weeks prior, there are very scary haunted houses to go through all over town. Some of the bigger ones will advertise on local radio and in the newspaper.

If you are worried about things to do in San Antonio for children and teens in October, take them to SeaWorld for their SpookFest. It is a lot of fun.

November 1 is the Day of the Dead. Mexican-Americans take El Dia de Los Muertos very seriously. Families take food and go to the cemeteries where their loved ones are buried and make a day of it. They welcome them back from the dead and share what is going on in their lives with them. You will see altars set up all over town at restaurants, cultural centers, and galleries, along with people holding memorial readings honoring family members who have passed on, and Calavera processions where the marchers are dressed as skeletons. Some of these events are free and others charge admission.

The Air Show is on November 6 and 7 at Lackland Air Force Base and the Thunderbirds will be here. There are so many things to do in San Antonio at the Air Show. Watch the flying planes, eat delicious food, tour military aircraft, talk to pilots, sit in a helicopter, and take lots of photos.

The Indian Festival Diwali takes place in November and there is a free festival at Hemisfair Plaza, open to all. The fireworks display is better than the ones on the Fourth of July!

In November, the Friday after Thanksgiving is when the Ford Holiday River Parade and Lighting Ceremony is held. Come and see the sparkling Riverwalk magically light up for Christmas!

Of course, all month long in December, there are plenty of things to do in San Antonio. The River Walk is lit up and carolers sing along the banks of the San Antonio River.

Things to do in San Antonio for the month of December include a downtown Arts and Crafts Show on the Riverwalk. This will be from December 10 through December 12. This is a great way to finish up your Christmas shopping.

The college football Alamo Bowl game happens each year here in San Antonio at the Alamodome in December. It is on December 29.

On New Year’s Eve, there is a huge party for San Antonio downtown in Hemisfair Park with food, music, and fireworks. The event is free but you will have to buy your food and drinks. Vendor stands are all over the place downtown.